No word of a lie, Kickstarter is fucking dangerous.

If I’m browsing late at night, drunk, I find myself channelling my inner Peter Jones from Dragon’s Den and investing in projects. There doesn’t seem to be much rhyme or reason to the projects I invest in, though it usually depends if I like the concept. For example: a movie about being Ginger? Have a tenner! A film about Nigel McGuinness, one of the greatest wrestlers to ever grace these shores? Here’s 50 notes! Hell a game about random games for the Android? Here you go! Here’s a fiver, let me have a copy!

But the main target of my “investment” are retro franchises that are seeking a new lease of life. Carmageddon was probably the most famous one to get funded, but I’ve contributed to reboots of Elite and Dizzy (the latter didn’t get funded in the end, though ironically one game that remained faithful to the franchise, Spud’s Quest, did). I’ve even did a wee jump for joy when I got a preview of the coffee table book based on artwork from Sensible Software through the post a few weeks ago.

With that said, here’s my three games that – as a seasoned Kickstarter investor – if they ever opened up for funding, I would throw much hard earned cash at.

I’ve tried to keep this list at least reasonable. These three games are games that haven’t had any new games since the PS1/Saturn/N64 era. I’m also trying not to focus on too well known franchises, or games that you can easily play now (basically: Theme Hospital and the Monkey Island series).

Also I’m looking at games that seem viable for consoles, and whose licences aren’t owned by notable dickheads in the industry (so yes, that rules out Killer Instinct – but seriously Rare & Nintendo should patch up their differences to get Killer Instinct 3 out. The public demands it). Finally, I’m trying to get focus on games that would run particularly well on the Xbox Live, PSN and below. So a remake of Final Fantasy 7 with full HD graphics and be on 85 Blu-Rays are out of the question. 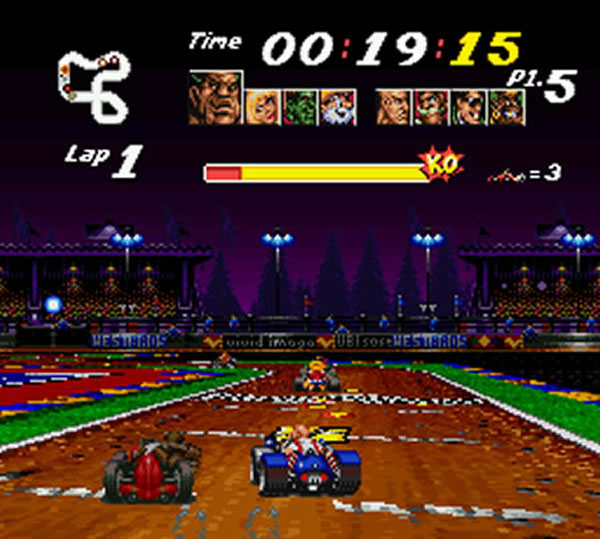 Right, let’s get one thing straight: Street Racer was the best racing game bar none on the Super Nintendo. Yes, that includes Mario Kart.

Mario Kart is a franchise that in my opinion has improved. The Wii version was absolutely superb, and had a lot of time for the Gamecube version. When people shake their head and say “don’t you like the SNES version? It’s an all time classic!”, I answer “it is, but it is so overshadowed by Street Racer”.

Street Racer is a game similar to Mario Kart. You have a choice of eight characters, each with their own special moves. Without a franchise behind them, the characters were creative and pulled from public fiction. Frank, for example, was a Frankenstein monster, and Suzulu was an African tribal prince. Each driver had their own special moves such as Persian’s prince Hodja’s car becoming a magic carpet, and Raphael’s Ferrari’s horn startling competitors. Pickups were limited to repair kits and nitro boosts, but that aided the game as you relied on skill, rather than the luck of picking up a good item.

In short, there was also no blue shells.

The game managed to balance difficulty without being too affected by rubber banding that plagued Mario Kart. In fact, pulling away and lapping back markers scored you more points, as well as fastest laps and punching people. It may have been more beneficial to scrap it out amongst the pack, rather than race to a multi lap lead. Add on the Royal Rumble mode and a Football game, then you have the greatest racing game on the Super Nintendo.

The series saw a game come out on the Sega Saturn and Playstation, but no other game was to follow. It’s crying out for a Street Racer 2.

Xbox and Playstation struggling with carting games, as Mario Kart has it tied up on the Wii. Even Sonic All Star Racing, whilst good, didn’t quite feel the same. I feel that a Kickstarter project for a new Street Racer game, with added characters, game modes and tracks could really add to the franchise. Furthermore, it can introduce new people to probably one of the greatest racing games ever. The fact there hasn’t been a new game is obscene. Get it done! 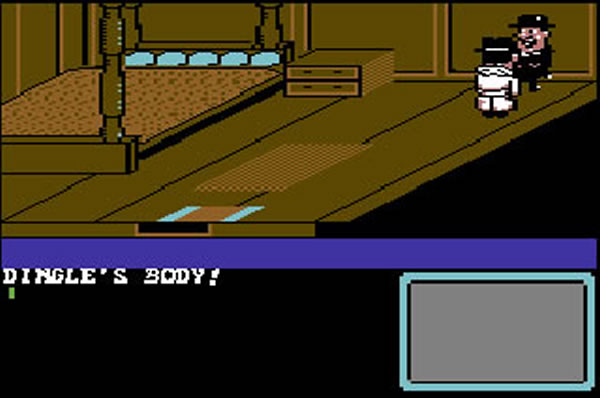 A bit of an unknown quantity game, that – if released – could kickstart a genre. The Detective Game was released midway through the Commodore 64’s lifespan, and you played a detective who has to solve a murder in a mansion. The suspects are all in the mansion, and one of them is the murderer, and you have two hours to solve the murder before you are murdered yourself. Also on the hit list are various people in the house.

The reason I love this game so much is the atmosphere. Game designer Sam Manthorpe managed to recreate the atmosphere of a murder mystery on such a limited space, it is an adventure game first and foremost, but due to the story and everything that goes on, you could argue that it is the first ever survival horror game, released a decade before Resident Evil.

The reason why it divides so many people is the difficulty level. It is a simulation of a detective game, and as such you have very few clues to work on. Evidence is marked with an “E”, however four pieces of evidence aren’t. Lateral thinking is needed throughout the game, but even that is enough – there are secret passages that need to be found in the game, and if you miss an item in a room that is later locked, then you will not be able to complete the game. You aren’t given any warning on this, except your death two hours later.

It is tough, but it is well worth playing and persevering with, as the game’s story and conclusion is superb. A kickstarter reboot with maybe an assistant to bounce ideas off (or even a two player option?), as well as DLC featuring new storylines, would be well received. 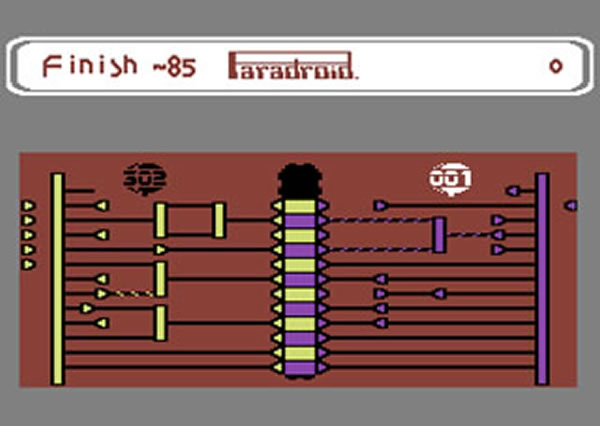 Out of all the games I’ve talked about, I think this one is the most realistic, not only due to it’s original popularity, but it’s licence is fairly easy to obtain – which can help it.

Paradroid is an Andrew Braybrook classic for the C64. You are on a spaceship as a weak, 001 series droid, and you have to take back the spaceship that is crawling with robots that have run amok. To do this, it’s largely a top down shooter, however you can also obtain control of other robots to take them over. This is done in a mini game, which, if successful, you get control of the robot. If you are unsuccessful though, you end up back as your 001 series, and – if unsuccessful again – you are killed.

The stronger robots have the highest numbers, however the time you can control them are limited, with 999 series robots being few & far between. Also it’s far harder for a 001 series to capture a 999 series, than it is to capture a lower series. Strategy is needed to work your way upto the stronger robots, and use them to take out the difficult floors.

The spaceship you play on is huge (I believe there were a fair few of them in the game), and the gameplay was solid, and borderline atmospheric. The game had an almost encyclopaedic level of data on the robots.

There should be a reboot of this game. The game’s licence is fairly easy to get hold of, as Paradroid (and other Braybrook games such as Uridium and Alley Kat), have been on the Nintendo Virtual Console and are usually on those 10-in-1 joysticks you get. I’m not sure on sales figures, but it is one of the most well remembered C64 games out there. A reboot (even just a graphical reboot) would be welcomed by the community.

Anyway, these are my three picks for franchises for video games that should be rebooted, what do you want to see rebooted?

8 thoughts on “Three Video Games I Would Like On Kickstarter”