So on Monday I attended the WordPress 10th Anniversary Celebrations Manchester, held in The Odder Bar. I believe it is the first time I have attended an event more than just the Manchester WordPress community as held at MWUG, as there were a lot of unfamiliar faces. Nevertheless, I roped in Shane to come along with me. 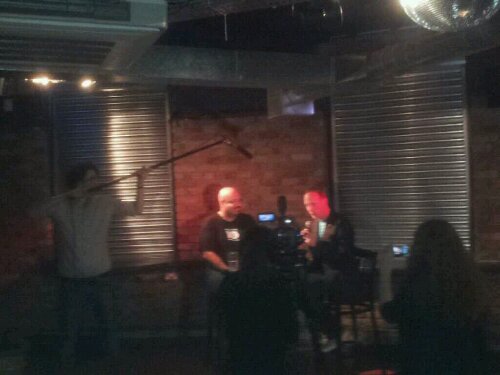 The night began with an interview with Mike Little, co-founder of WordPress, on how the software was formed and how it grew. It was an interesting talk, particularly in how WordPress could further grow (Mike stressed he had a keen eye in the development of WordPress accessibility), so it was good to hear how WordPress grew early on in its development. I could imagine that the interview he gave would be less codey than the one he will give at Sascon. Not sure many of the delegates will know what Gopher is. Still check it out if you are there, it will be fascinating! 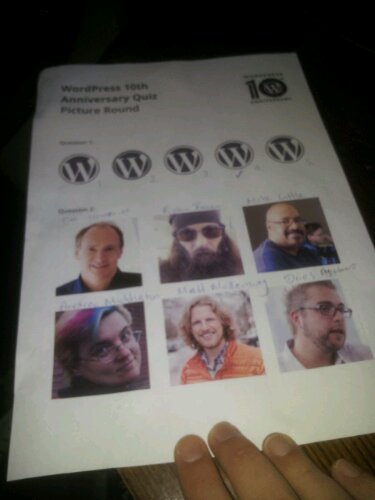 After a large helping of food, the next event was a quiz. But not just any quiz, oh no, a WordPress quiz! I must admit I usually go to quizzes being quite a useful member, but beyond correcting a question (as I heard of the Ella Fitzgerald release, and it was in the 2.X development cycle), I was nigh on useless and my team carried me. There were some elements of controversy, namely the “write the minimum code used to power a WordPress hook”, but overall, our team, ‘hilariously’ titled “TurdPress”, won. Hooray! Thanks to Interconnect IT for the prize of The Auditor & Human Made for the free year of WP Remote. 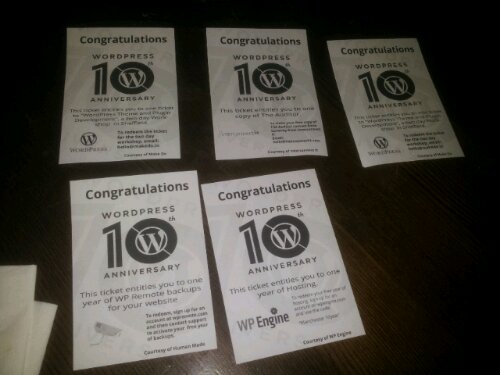 After it was mingling time, and this was where I realised how big the WordPress community was. Everybody there was fascinating. Also in the team thrown together was a Magician & a Hypnotist: James Anthony, who did this amazing trick.

The time came to cut the cake (that used the proper WordPress logo), and we were given a parting gift of true Mancunian style: a WordPress Pint Glass. 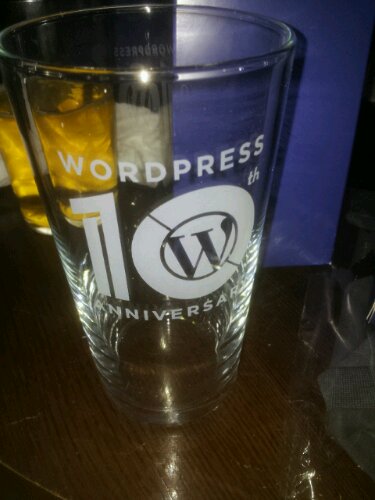 All in all, I had an amazing night! Loved every minute and I do need to get myself to more WordPress events. To Matt Mullenweg, Mike Little & any other WordPress contributor, big or small: thank you.