2015 was a year with some huge titles released. Big games with bigger budgets and bigger than last year’s numbers on the end, these games were announced at big press conferences, and rightly dominated critical and commercial top 10 lists, as a lot of them were very good.

However, one game was also on many of those lists – usually high or number one, one that was a labour of love, funded on Kickstarter, and ended up becoming my favourite gaming experience of 2015.

That game is Undertale.

Undertale was a game written mostly by Toby Fox, an accomplished chiptuner who also composed the music. The game is an old school RPG with a similar graphic style to Earthbound and other Super Nintendo games. You play a child who has been dropped into a monster formed underworld. Your job is to escape from the underworld and return home. 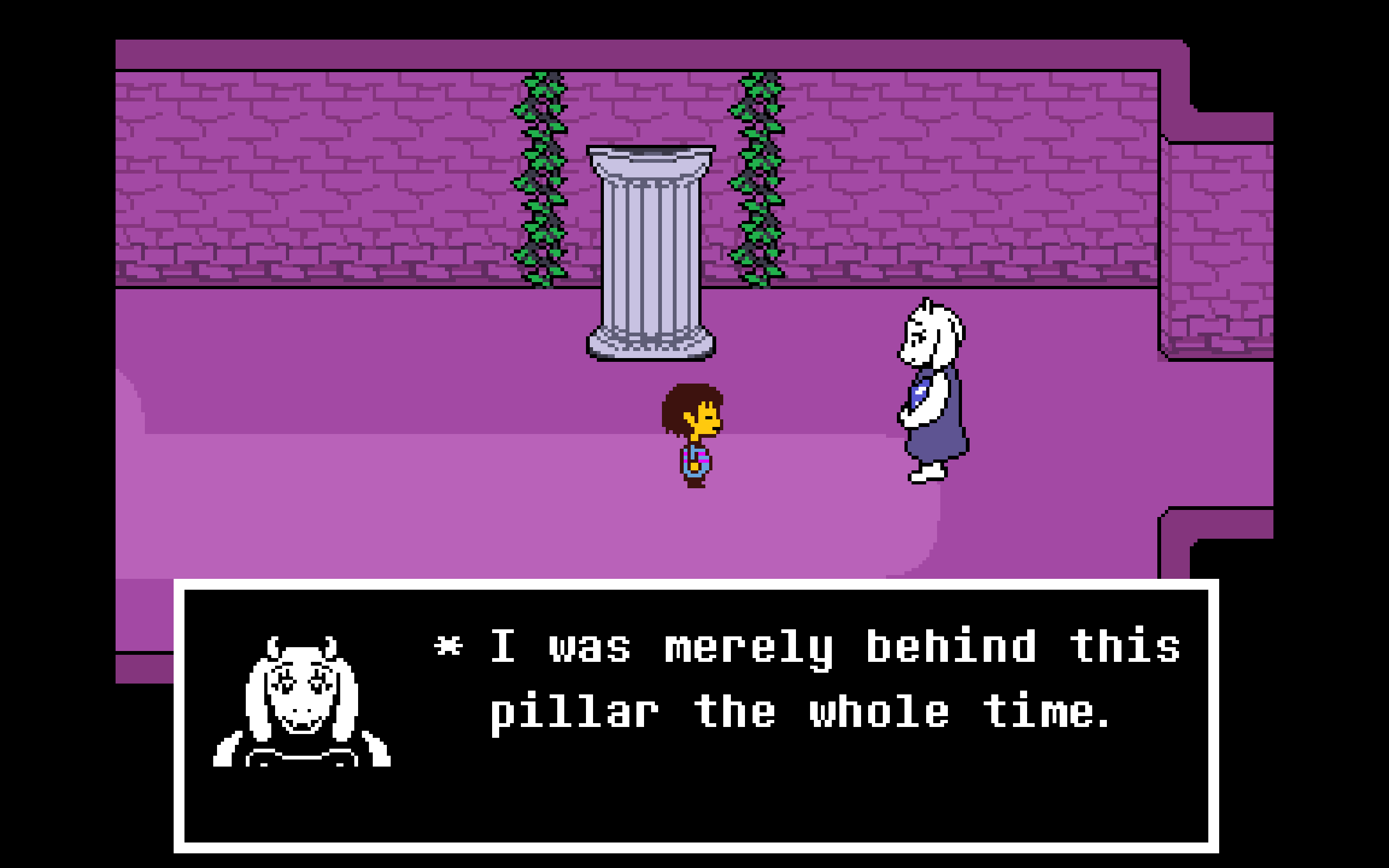 Why Is Undertale So Good

The beauty of this game is that your actions lead to a direct response to the game. Not just small changes like in a series such as Mass Effect, but your actions will lead to how your game progresses. It is very, very clever and with a great message behind it. It is very difficult to talk about it, so I won’t, but trust me it is very well done.

The second beautiful thing about the game is the combat system. Turn based combat is loved or hated by many people, but if you are like me you would probably skip through this quickly as possible to return to the selection. This is a dangerous thing in Undertale, as by slowing down and reading, Undertale drops hints as to what to do. Whilst the game has some puzzles, the battles themselves are puzzles and can require creative thinking. As well as a puzzle element, the battles also have some fun bullet hell esque segments that can help you win.

Another beauty of Undertale is that it is so very self assured. It knows it’s a game, and it knows it’s strengths and it’s weaknesses, so it doesn’t take itself very seriously. Could you imagine Call of Duty effectively tell the player where a glitch happens? Or where the graphics aren’t as good? Undertale does, and by doing so it peels away the fourth wall in the most creative way possible. Mix that in with a genuine laugh out loud dialog, a sense that it keeps you on the toes and can unnerve you as well as a cracking soundtrack that borrows from the 8-bit era, and you will understand why it has so many plaudits. 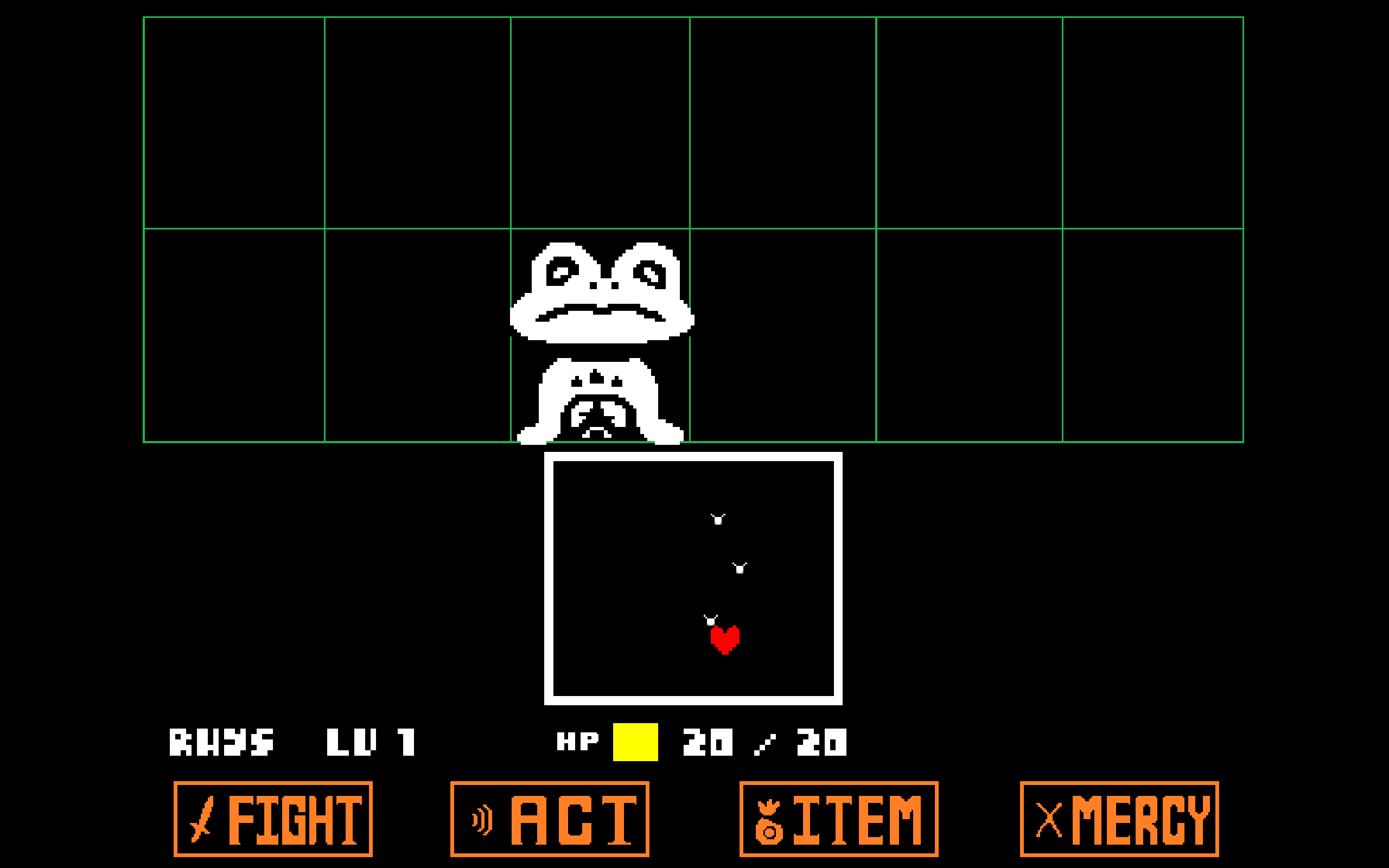 Why Undertale is Important

Undertale did slip underneath the radar, being released on Steam. There was very little in the way of marketing, and it had to be uncovered a bit. In short, it has become the poster child of two movements in gaming.

The first is the Indie Game Movement. Indie games have been getting a lot of coverage over the last few games, and indie games are seen as places that due to the lack of budget as well as the lack of need to be “successful” games can take a few risks and be creative. However, I’ve never seen an indie game take so many risks, and for it to come off so spectacularly.

The other one is that this is a great example of a game that can be viewed as art. Whilst I believe not every game can be viewed as art, this one can be. Art can be commercially successful, but the majority of “commercially successful” art is rather watered down and bland – think of the pictures you buy in Ikea to decorate your living room. Those pictures are your Call of Duty’s, your Fifa’s or your other triple A titles that are released every year. Undertale is your Mona Lisa.

It isn’t perfect – it’s knowingly short and there was a feeling the first time I played that I rushed through it – but it’s cheap, good fun and well worth picking up. Maybe Undertale is one of the most important games out there – a creative slap in the face of an industry that is so bland – but that’s for others to judge. I will confidently say that is a very fun game, and one you will enjoy to complete.