Let’s try again, shall we?

For those who have known me for a fair amount of time will know how I got into this online marketing malarkey was via blogging. During university I used to write a fair bit, blogging usually once per day. That dropped when I started work, and instead I was down to one a week. I relaunched this blog a couple of years ago with the thoughts of writing something thoughtful, and insightful, once a week. “Piece of piss”, I thought.

Yeah, the issue was mainly that Author+, followed by WP Email Capture got in the way. The latter of which has been pretty successful for me. As such, writing to you lot, just – well – wasn’t profitable.

But now it’s calmed down, and I’ve thought long and hard about starting this up again. I’m on a mission to kind of restructure what I do outside of work on this big bad thing called the internet. I’m a geek, so most nights after work I’m usually found doing some cooky shit on the internet. Or playing Words With Friends, one of the two.

Or in the pub. One of the three.

The plan is to reduce the amount of sites I am managing or require an epic amount of managing and content creation (blogs, mainly), and build up small sites for stuff that interests me. Blogging Dojo is getting the MyBlogGuest Plugin on it so I can get some guest posts on there. You’re Supposed To Be At Home is being left dormant bar the odd game here and there I go to that is actually new. Retro Garden…well…not sure about that, any offers?

It’s not necessarily to make me a millionaire, more to just try make sites of stuff that interests me. Small, self standing sites similar to Tweets2CSV. I’ve a couple of ideas of sites I’m thinking of running.

This site, along with Winwar (a site that is being both culled and rebuilt), is where you’ll hear about them first. Winwar is becoming a bit of a portfolio for all these new sites. Not wanting to brag but that site looks bloody amazing in development.

Of course, this site isn’t just about my sites, I’m also posting rants and thoughts about anything. I’m feeling I need to get my name a bit out there again. If that means I become a “thought leader” (shudder), then so be it. Please don’t call me a thought leader.

So yeah, that’s the redesign, the reboot, and why I’m doing it. It’s a place for me to share my thoughts whenever I feel the need to. I hope you like it.

I’m not going to bore people with the details of the plugin (you can read them here), but rest assured I’m absolutely delighted to get the plugin launched this morning. Feedback from all who have seen it has been positive, so I’m chuffed to bits.

Anyway, I’ve set myself a little challenge for myself, and I need your help!

I’m hoping to get my first sale before lunchtime (Midday GMT) today. Of course, if you would find the plugin useful then feel free to purchase it, but I’d appreciate as many shares of this blog post as possible – Say Hi To WP Email Capture Premium – with the hashtag #mumwantsanicelunch.

The prize? Well I’m not going to suggest a “Money Can’t Buy” prize that isn’t worth the paper it’s written on, but instead I will take my mum out for lunch. She gets a nice lunch, the skinflint in me gets £20 poorer and I know that my plugin sells.

Anyway, will be back in the afternoon with how the project goes.

Update: We did it! Mum got a nice lunch 🙂 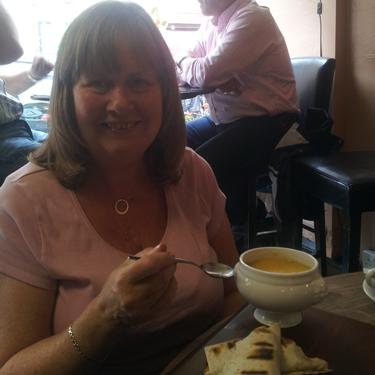 As part of my new strategy on blogging I’ve decided rather to have a mish mash of blogs, I’m going to have a blog on each of my interests. So this is my football, sport & travel blog – You’re Supposed To Be At Home.

The blog was an idea of a mate of mine, who talked quite a lot about me starting a football blog, due to my travels. To keep it interesting, I’m also talking about other sports I’ve seen.

Got a few guest post lined up to promote it, but if you’re a football fan, I’ll also accept guest posts on YSTBAH (I really need a new acronym), you can see the guest post for YSTBAH page here.